Use cases for law firms

The complexity of cross-border deals

The challenge arises when you consider the numerous local councils that are required to get involved in the deals which can result in contracts getting lost in translation. As well as the increased likelihood of errors, there is also a significant delay in getting deals finalised in a timely manner.

Download this use case to learn how the Della Platform can be used to simplify and accelerate cross-border deals. 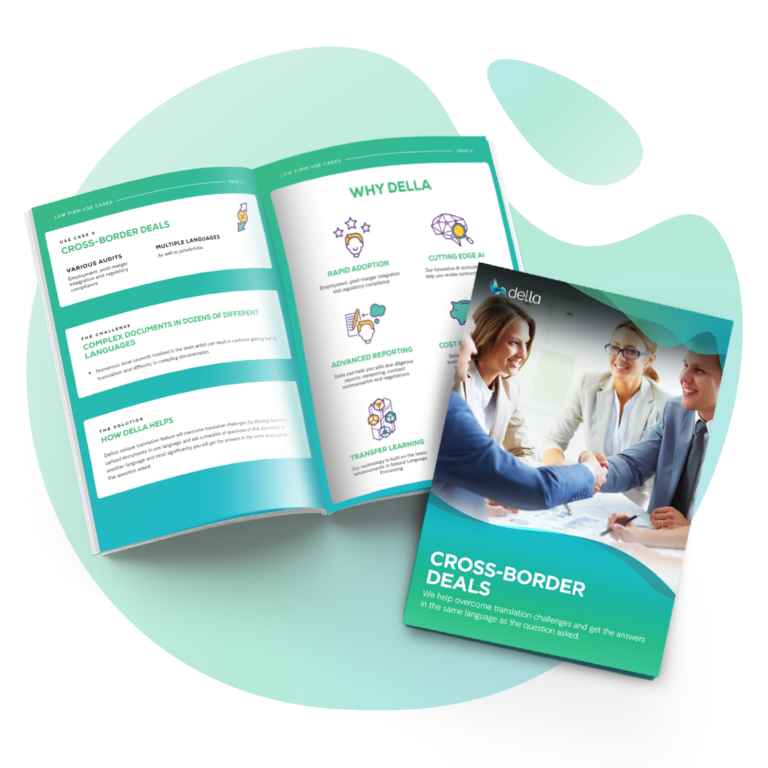 How law firms use Della's AI for contract review

From large multijurisdictional M&A due diligence projects to niche projects, law firms can conduct their contract review with ease using the Della Platform 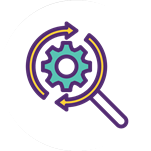 Della is pre-trained on standard M&A, due diligence questions and potentially problematic clauses. 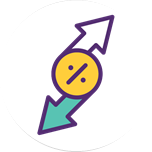 Della’s multiligual capabilities allows teams to upload documents in one language and ask questions in another. 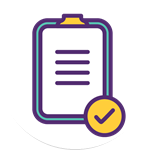 Ask Della to use your compliance playbook to analyse client contracts and spot potential issues. 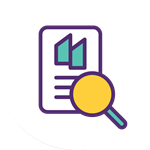 Della can find standard lease provisions and metrics across a wide contract portfolio. 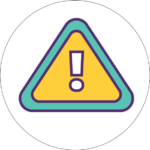 Della can detect contractual risks during the Covid-19 crisis. 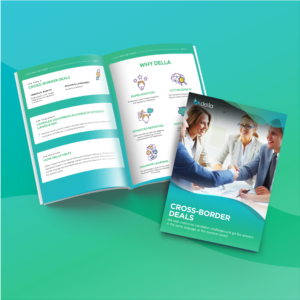 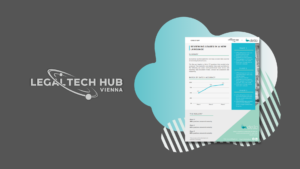 Reviewing leases in a new language 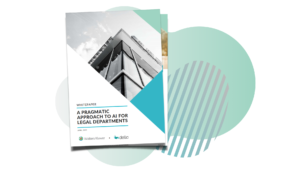 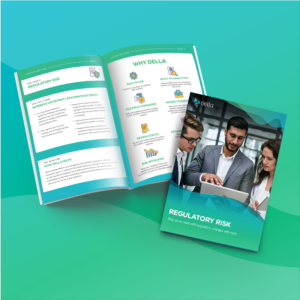 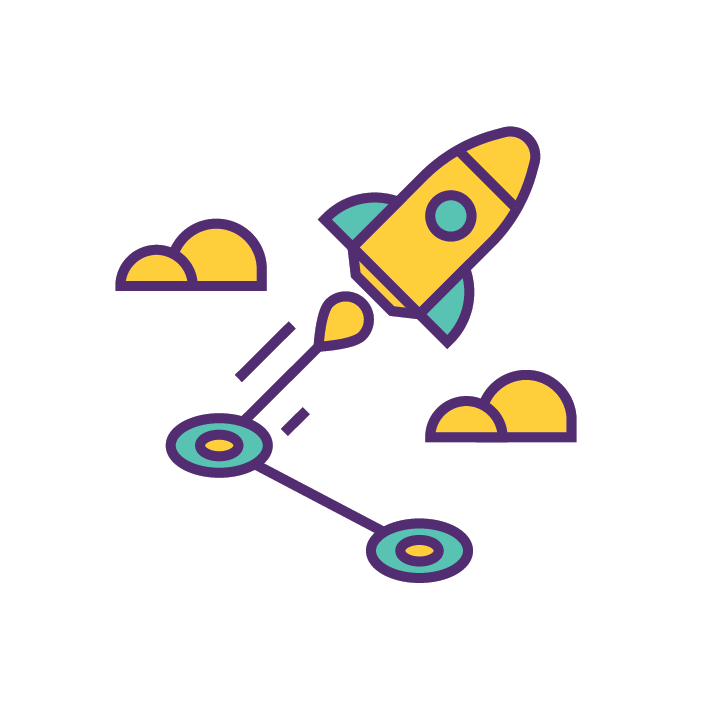